Working closely with Brookgreen Gardens’ staff and the design/build team, Environmental Concepts is honored to have been a part of the eponymous pavilion project!

“Brookgreen Gardens, a national historic landmark, on Monday announced the opening of their new Leonard Pavilion. The space is now available for rentals and will host Brookgreen’s array of programs and special events. The pavilion, located near the Lowcountry Center, is named for Trustee Emeritus Don Leonard who donated the lead gift for the building’s construction.

“The Leonard Pavilion offers guests a beautiful covered venue in one of the most dazzling locations in the Lowcountry,” Page Kiniry, CEO of Brookgreen Gardens, said. “We are ecstatic to be able to utilize this outdoor space for our guests. It would not have been possible without our donors, whose support keeps Brookgreen a landmark for generations to come.”

The pavilion will host a multitude of events and educational programming and will support the Creative Education and Collections Departments, Brookgreen’s learning hub for history and nature. In 2018, more than 8,000 students attended creative educational programs at Brookgreen with over 5,600 different school groups attending.

Brookgreen will hold special events and programs in the Leonard Pavilion for members and guests to enjoy. Along with Brookgreen’s hosted events, members will be able to rent the Pavilion for private events including weddings.” Environmental Concepts was thrilled to celebrate #WLAM2019 and honored to see some of our project images featured in ASLA National’s article!

This year, 1,013 people posted 5,500 times with #WLAM2019, which helped introduce the profession to more than 2.5 million people worldwide.“ 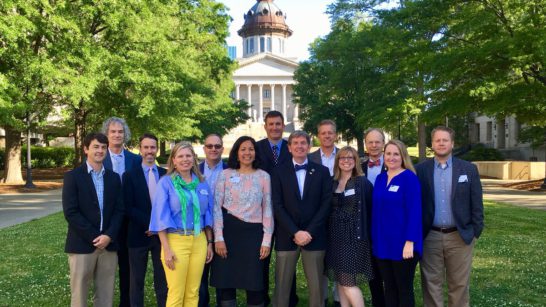 “….SCASLA members met with their SC legislators…group picture in front of the State Capitol with State Representative, Gregory Duckworth, FASLA” 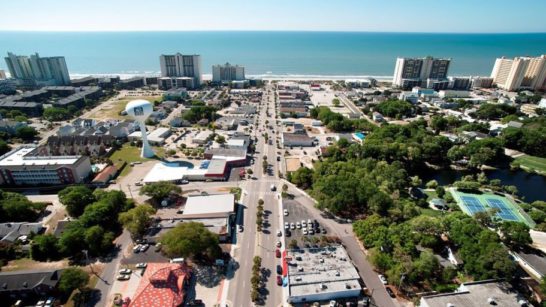 CountryLiving had this to say: “No trip to North Myrtle Beach would be complete without wandering Main Street and reliving that childhood vacation high on this nostalgia-imbued strip. Of course, there’s also the adult version of fun: grabbing a blanket and holding up where road melds into sand and enjoying live music in the band shell for Music on Main. The next day, you’ll likely need some hair of the dog at Coconuts Tiki Bar and Grill and a burger from Pirate’s Cove. Or you know, a restorative dip in the ocean.” Gregory Duckworth of Environmental Concepts in Myrtle Beach works with craftsmen on special fence projects, including this one at Seaside Plantation, where L. F. “Cuda” Miller and son, Mark Miller, of Miller’s Wood and Iron in Andrews created copper finials for fence columns.

Fences Go rogue: From high end to re-purposed or natural, boundaries can make a statement

As South Carolina grows and evolves, fences are among the features blossoming with creativity and whimsy beyond the historic wrought iron, the standard suburban picket and the utilitarian stockade.

The new breed of fencing runs the gamut, from high-end elegance to urban hip and earthy understatement…”

Gregory Duckworth of Environmental Concepts in Myrtle Beach also works on fences that make a statement. In many cases he seeks the help of craftsmen, such as blacksmiths and other metal workers, to help create borders of beauty. One of those is Miller’s Wood & Iron in Andrews.

He noted how L.F. “Cuda” Miller and son, Mark Miller, created copper finials that looked like the tops of pineapples at the entryway of Seaside Plantation. Similarly, a fence at a new home in Little River featured steel sculptures.

“Every project is unique. If a project has a fence or gate opportunity in it and it makes sense to become more than just a functional gate, we’ll talk to the client about that opportunity,” says Duckworth.

While some of Duckworth’s projects are high-end, he says homeowners exploring fencing options need to do some homework before spending money.

“Don’t get excited about doing something, then realize you can’t do it because of zoning requirements in area. Check ordinances and HOA covenants at the start of the project,” says Duckworth. “The last thing you want to do is build it and get a nasty gram in the mail in violation of X, Y and Z.”

After that, Duckworth says people should think about materials and how they will work for a fence.

“There’s all kinds of things that come into play. Fences are made out of more than metal. It can be brick or wood,” says Duckworth, adding that fences can combine stock panels with custom-made “fancy stuff on top.”

“You have to find someone who knows what they’re doing and do it in a tasteful way. Most of the work we get done is (by) a blacksmith. There are fence contractors who put in basic fences, but if you want to take it to the next level, you have to seek out craftsmen.” Gregory Duckworth of Environmental Concepts in Myrtle Beach incorporate elements of a nearby marsh for a fence at a home in Little River. 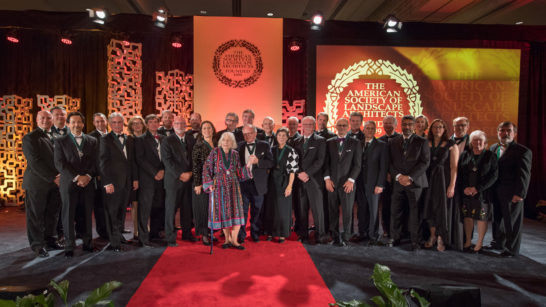 “The American Society of Landscape Architects has selected 28 members to the ASLA Council of Fellows for 2016. Fellowship is among the highest honors the ASLA bestows on members…” 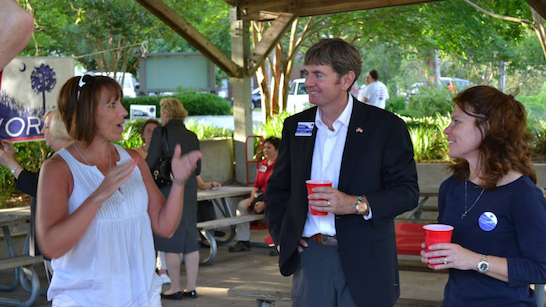 The Importance of Place, Policy Making, and Service for Rising FASLA Gregory Duckworth

“For Gregory Duckworth, ASLA, the practice of landscape architecture is synonymous with service. Throughout his professional career, he has demonstrated a zeal for helping both his community and industry in many ways: from involving his firm, Environmental Concepts, LLC, in pro-bono projects, to serving in the Boy Scouts of America as Scoutmaster and providing guidance for Eagle Scout service projects, to working for his neighbors as an elected official at the local and state levels. In recognition of his service in the field of landscape architecture, as well as his public service, Duckworth is being elevated to the ASLA Council of Fellows….”